In this work I employ a single forming technique of throwing an object with concave bands that I then fold. If I fold the form using an even number of sidesI get a piece with a very symmetrical orientation. Folding them using an odd number of sides results in a form that is symmetrical from some views while asymmetrical from others. From the asymmetrical views the works have a sense of contrapposto. It is this shifting of weight and the resulting undulating silhouettes that has firmly held my interest as of late.

When placed in to groupings these pieces can seem as if they are facing each other, looking away from each other or spooning. The negative spaces between the forms has becomes very apparent. I usually work the surfaces of my forms extensively. I found as I placed elaborate surfaces on these new forms, especially the ones with an asymmetrical orientation, the surface distracted from the undulating silhouettes. As a result I searched out different finishing techniques for these works.

Some of these pieces were fired in a wood kiln. The luscious lick of the flame and falling of the ash caresses and describes the forms in a way my hand never could. Finishing the pieces with a single or limited number of colors also aids in viewing the forms with greater clarity. More typical of my work many of the forms are finished with underglazes and glazes yielding an elaborate variety of surfaces and patterns.

A good friend once described my work by saying she loved the way she could “feel my drawing” on the pieces surface. Much of the pleasure of this work comes from touching. Folding the forms creates a very ergonomic surface for ones hand to grasp. The cocktail pitchers need no handles as the form provides the grip. The wood fired pieces have sensual surfaces ranging from dry to rivulet to quite slippery. The linear patterned pieces have a different variety of surface textures. The gunmetal glaze records ones fingerprints then easily washes away. These pieces are truly fulfilled when in use and a greater number of our senses are in play. 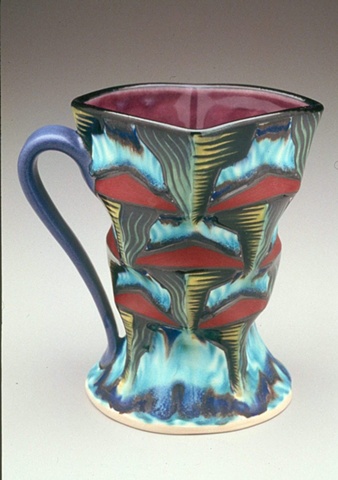 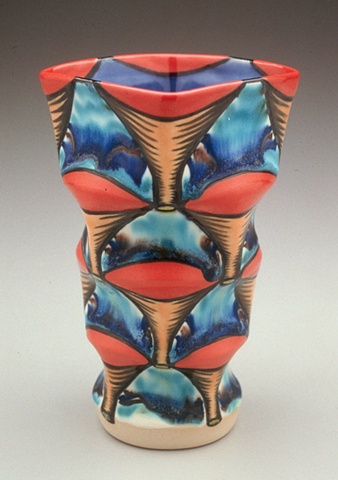 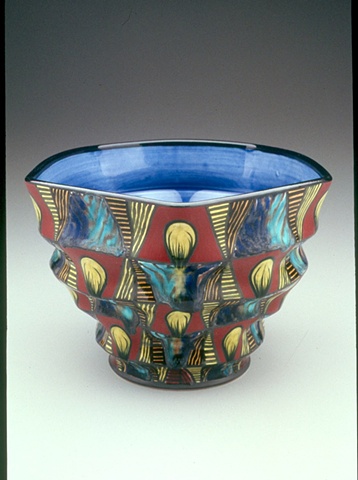 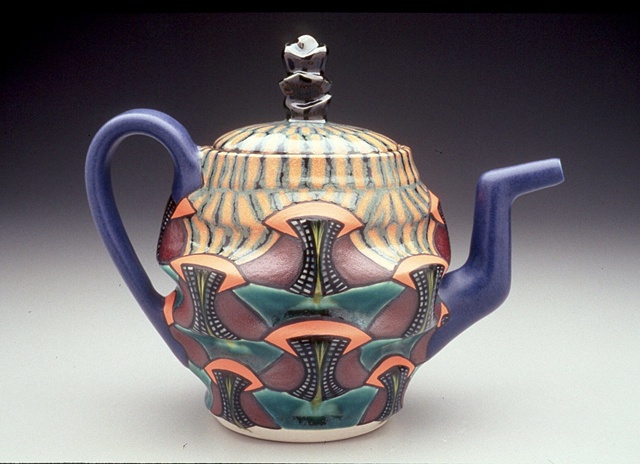 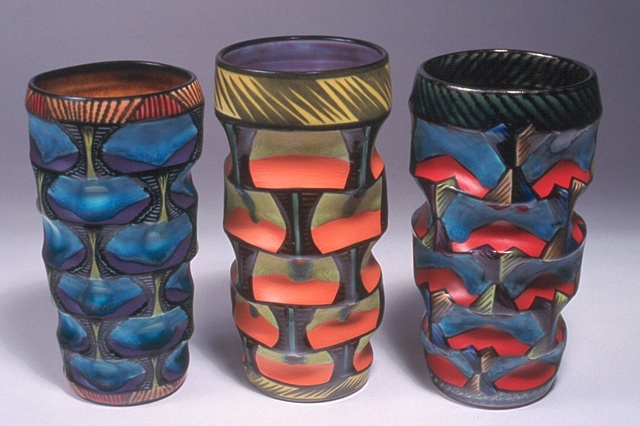 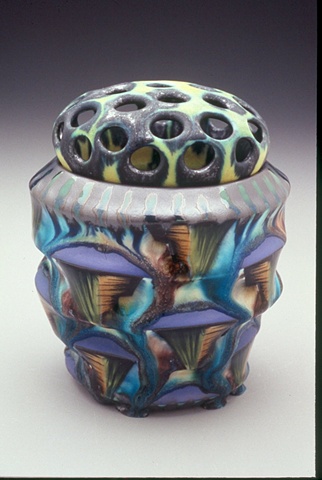 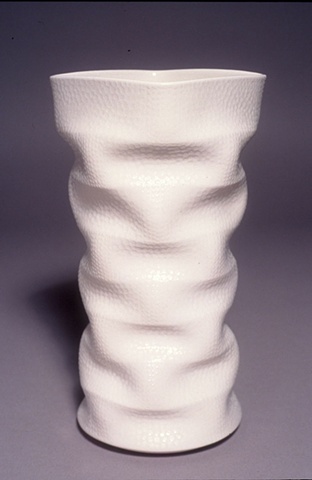 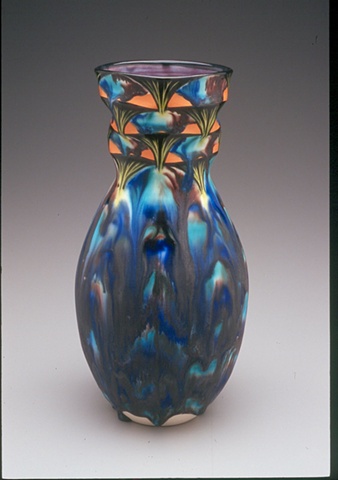 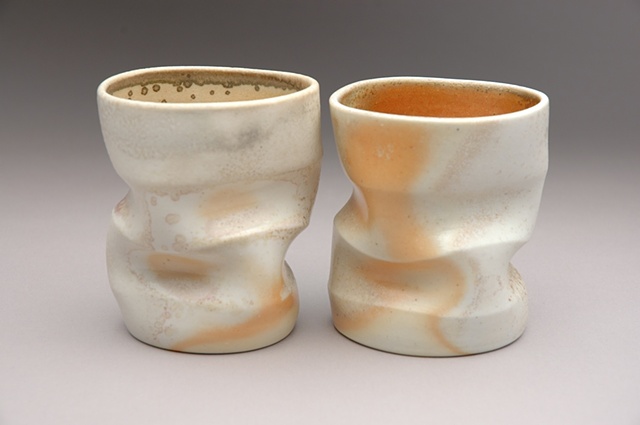 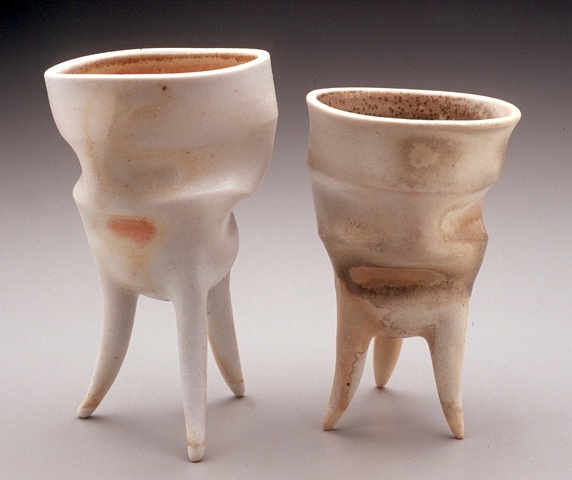 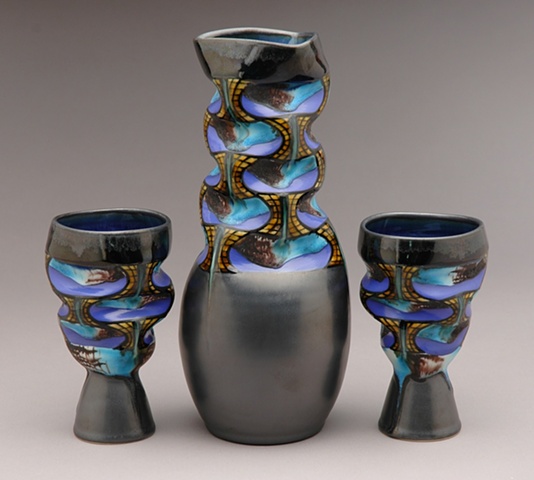 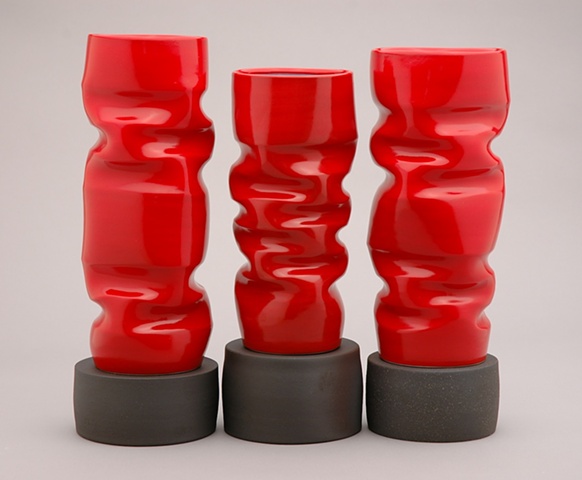 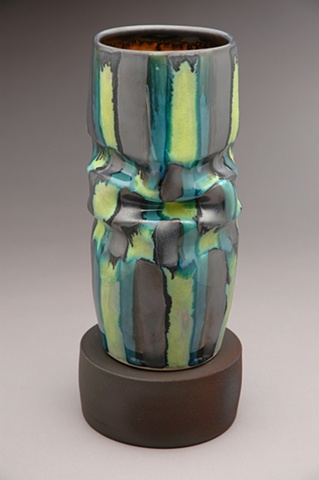 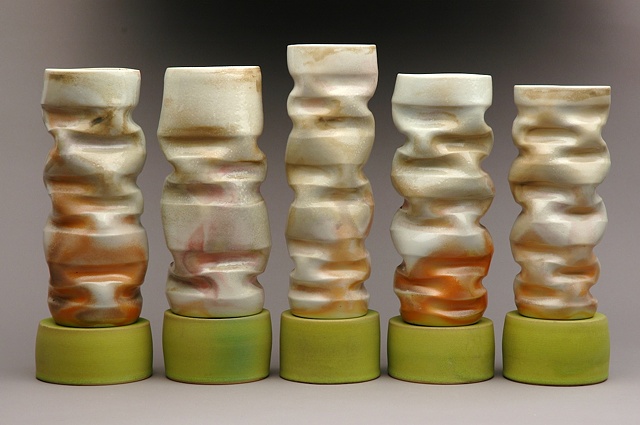 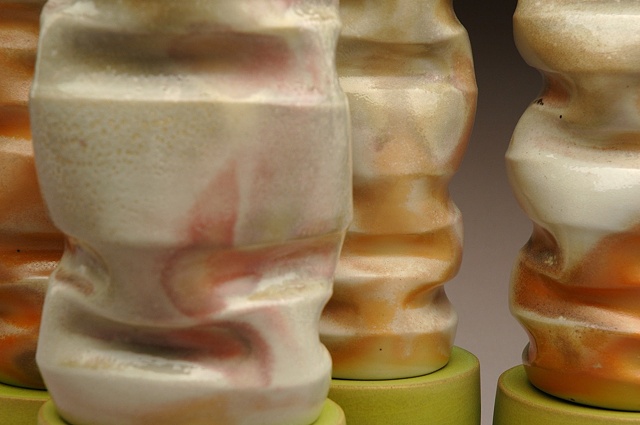 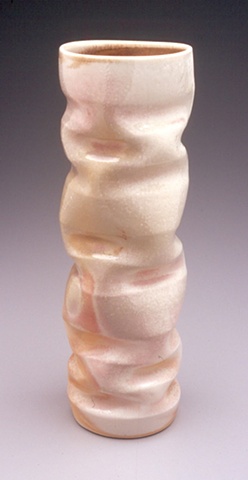 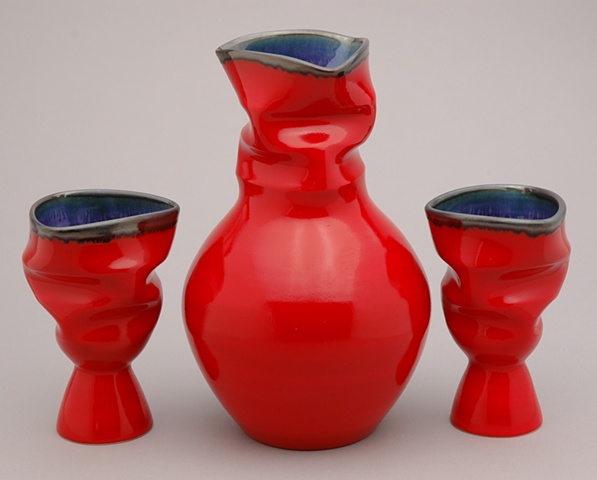 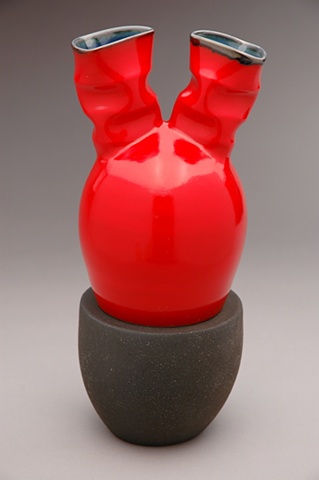 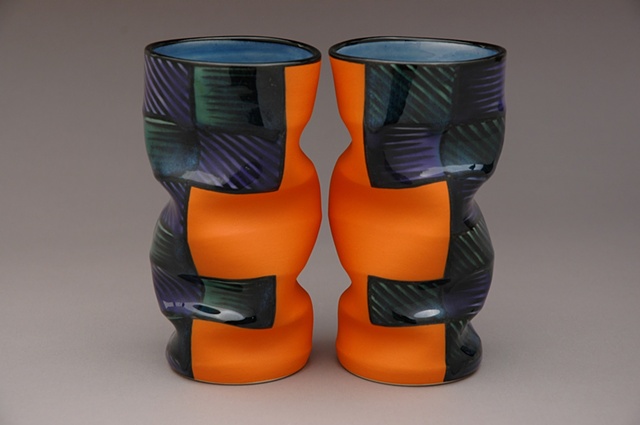 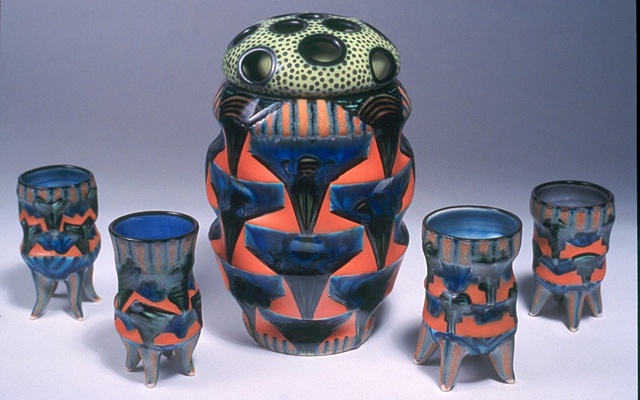 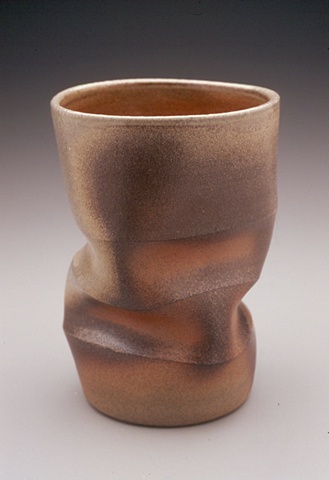 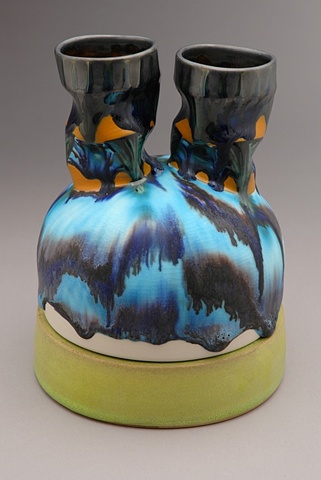